Many of Auger Torque’s innovations are a direct result of working with customers on projects that require expertise only years of industry experience can generate. 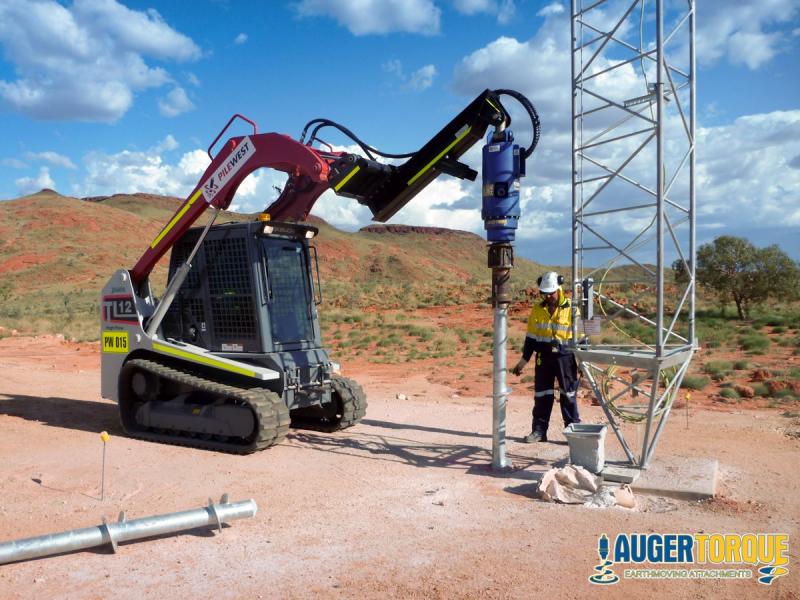 When Auger Torque was approached by Pilewest to procure a drive for a project they are working on in the Pilbara region of Western Australia, reliability, high performance and the flexibility to be able to work in anything from soft ground, sand & clay and even solid rock, were given as the key factors that would determine which Earth Drill would be up to the task.

The machine used was a Takeuchi TL12 High Flow, which had enough power to run the Auger Torque Earth Drill 25,000MAX, the combination of the two created an industry first Skid Steer loader with a massive 25,000Nm of Torque.

Generally the 25,000MAX is an Earth Drill that is designed for 15-22T excavators so a custom heavy duty frame had to be designed and then fabricated in house at Auger Torque’s Brisbane factory. Working on a tight time frame and the remoteness of the worksite meant that there was no margin for error, however for Auger Torques specialist staff this was never going to be a problem.

“We used the Auger Torque Earth Drill on our TL12 High Flow Skid Steer specifically to install cyclonic tie down foundations for the solar frames that will power the communication sites along a new railway line. The varying ground conditions, the remote and difficult access and extreme weather conditions are all incredibly harsh on the equipment. Our new Auger Torque Earth Drill 25,000MAX performed faultlessly and we couldn’t be happier with our decision to put our trust in the brand.” Steve Manning, General manager of Pilewest commented after the unit had been put through its paces for a few months.

These images were taken on site in the Pilbara region and the reports the customer sent through are not only rewarding to hear but are proof that Auger Torque’s philosophy of working closely with customers and being open to special projects are the reason why the company is in its industry leading position in the Earthmoving attachments industry worldwide. 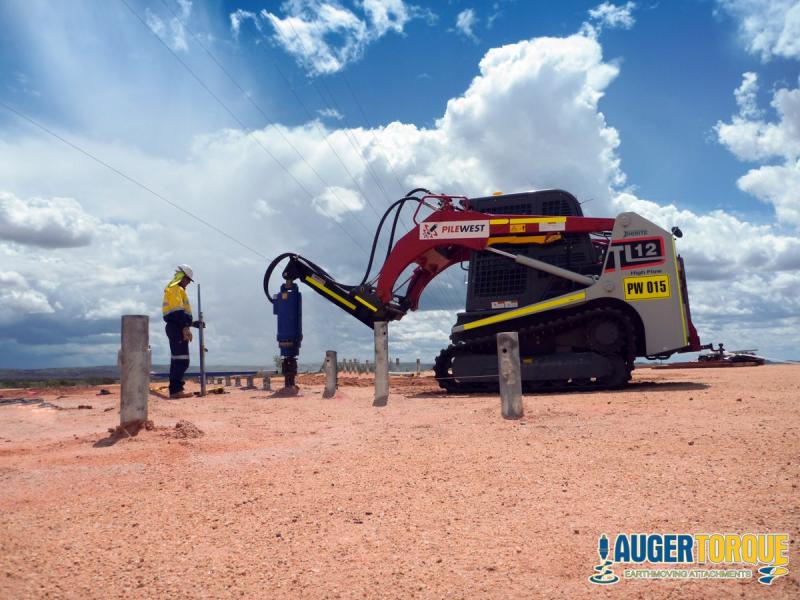 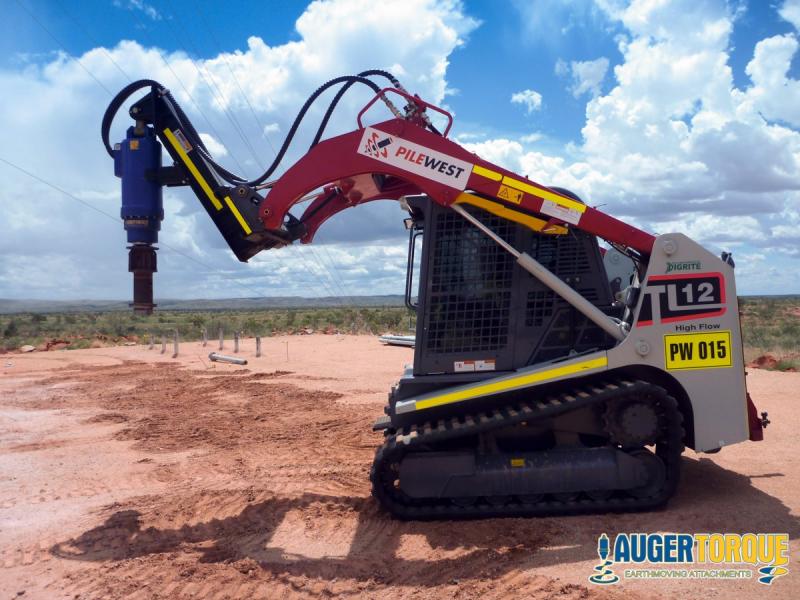