Having made the decision to purchase, in preference to further long term auger rental, TXM called in several suppliers, including Sandhurst, in an effort to identify the Auger most capable of meeting their demands for drilling in a variety of tough ground conditions and, tight nightly work schedules.

TXM, who are a major customer of Sandhurst, decided, following a very successful demonstration to purchase from the company based on outstanding performance during the trial. As main UK Auger Torque dealers, Sandhurst were able to call upon considerable experience of Auger Torque products in action, having operated augers in their national attachment rental fleet for many years and were confident of auger performance and capability.

Working hand in hand with Auger Torque factory representatives, an overnight demonstration in the North West on a TXM / Network rail site was set up and a massively powerful Auger Torque auger got to work. A 50,000MAX, a mighty auger featuring 50,000 Newton Metres of torque, was fitted onto one of TXM’s Liebherrs and quickly covered itself in glory by substantially increasing drill rate into hard sandstone over existing drilling equipment used on the site.

TXM have tight schedules to follow, drilling foundation holes often in tough ground conditions to depths of three metres and widths up to one metre, so needed a tool to help them consistently achieve maximum drilling progress. It seemed Sandhurst certainly provided the solution TXM were looking for with the 50,000MAX and a deal was struck to supply three units each fitted with 750mm and 1000mm flights and auger extension shafts.

As an existing TXM rental provider, Sandhurst, who also run the 50,000MAX in their attachment rental fleet were able to promise rental support for similar units should additional drilling capability be required. TXM Plant’s Managing Director, Gareth Richardson, said: “Our decision to buy Auger Torque augers from Sandhurst was helped by our experience of Sandhurst’s rental service and their on site support. Both are excellent.

It was key in our selection that this equipment must outperform anything we had used before; we needed to bring maximum performance and maximum reliability together for our client on this project. The highly powerful Auger Torque 50,000MAX auger Sandhurst demonstrated was extremely impressive and ordering three units will give TXM better control over our on site productivity, reliability and cost efficiency”. 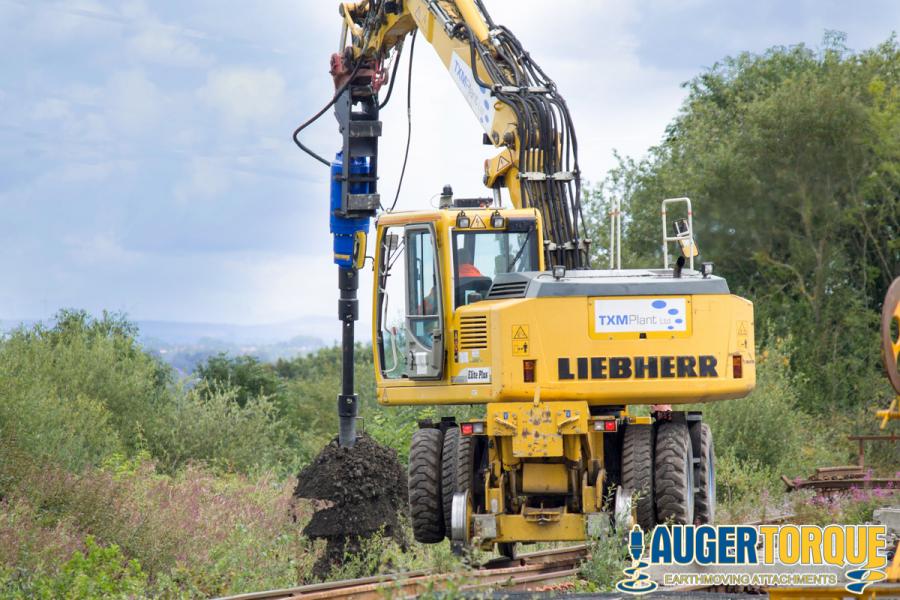